What Characters Outside the Fighting Game Circuit do you Not Want Converted into Mugen? 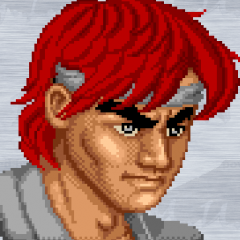