How to make parent knock around a helper ball? 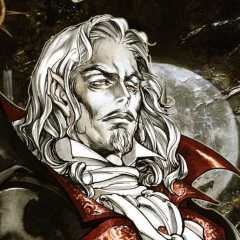 Wario drop's a bob-omb on the ground, which sits, blinks, winds up, hops and repeats a couple times before exploding.
I've gotten it so the opponent can knock it around the screen using hitoverride and gethitvar(xvel and yvel).

Now I'd like Wario to be able to hit it, without adding an additional hitdef with "affectteam = F" to every single attack he has.

As of now, I've got an extra hitdef in each of the basic attack states with affectteam = f, strictly for the bob-omb....maybe the coal too?

1. An extra hitdef in state -2 (with affectteam = F) that triggers when the helper is present and Wario's in an attack state.  It does allow Wario to hit the bob-omb, but when it's activated it messes with his other regular hitdefs for some reason, making it so they don't affect the opponent.  Furthermore, it only allows that single velocity to be imparted to the bob-omb, rather than whatever velocity would naturally come with the specific attack.

2. This one's completely impractical:  First have Wario create a bobomb, then have a screenwide hit that puts p2 in a custom state for 1 tic, causing them to produce a helper that's just a hitbox and bind it to the bobomb.  Then, only when it's hit (by Wario), have it bind the bobomb to itself.

3.  Just put an additional hitdef in each of Wario's attacks just for the bobomb.  This creates the same problem as the -2 hitdef, where it apparently deactivates the original hitdef.

1 answer to this question