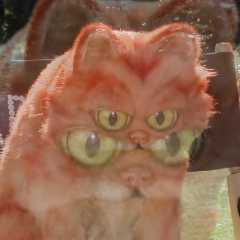 By GarfieldfanMUGEN
December 4, 2017 in [ COLLECTIONS ]